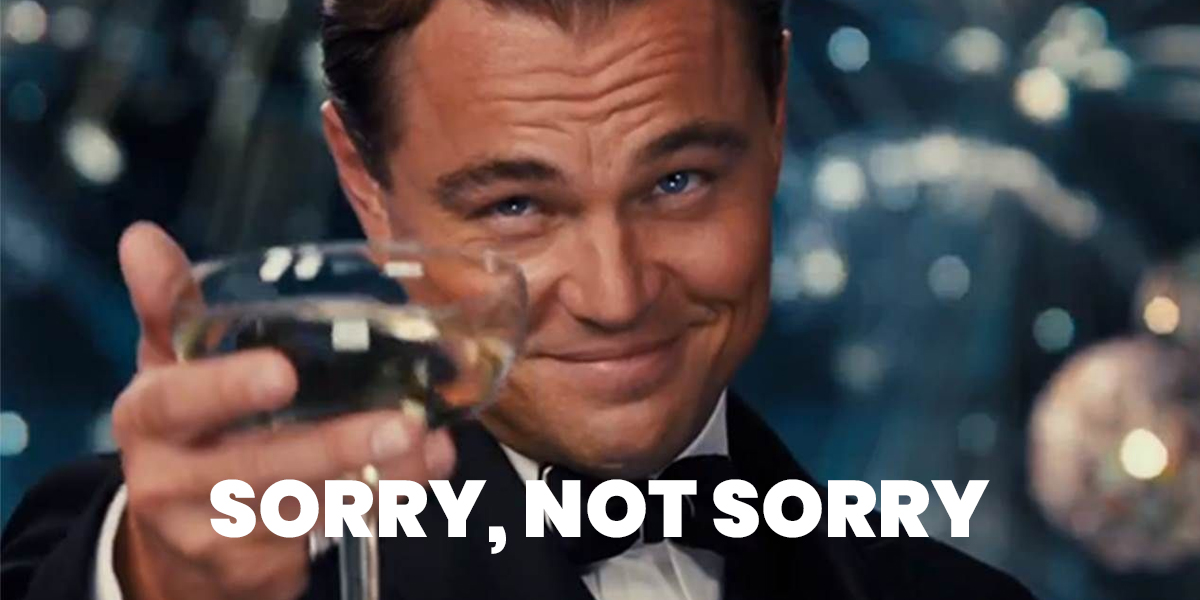 You might have noticed that there has been a little controversy in the news recently.

It has to do with politicians who are caught making mistakes. People are angry they’ve been on the receiving end of untruths, and there’s been criticism of the way it was handled.

What do you do when you make a mistake? You’d like to think that you would apologise sincerely for it.

So, when we watch politicians apologising, what do we learn from them? It seems to me that the short answer is nothing. I mean, I’m sure there have been politicians in the past or right now, somewhere, that can apologise with feeling (although I’m struggling to think of an example). But recent experience suggests that generally they have a long way to go. So perhaps what we can learn is what we shouldn’t do!

But what has this got to do with you?

Creating a culture of ownership

You’re the leader of your team. You set the example in how to behave. If you want to have a culture in your team where it’s okay to mess up – within reason – and your people will be open about what they have done, then it’s down to you to set the tone.

How will you deal with mistakes?

If you react with anger, then you risk creating a culture of fear. What happens next time? Your people won’t want to own up to mistakes in the future. And hidden mistakes can lead to more serious issues.

If you’re too relaxed, could you be promoting a culture where standards can slip with impunity?

And then there is the middle ground, where you react appropriately – but you don’t explain how things could have been done differently. And that’s when you’re missing an opportunity.

Creating a growth mindset in your team

Remember that you’re leading by example. If you’re a leader who can’t accept mistakes, you better not make any yourself. Realistically, everyone can and does mess up on occasion. When mistakes happen, it’s time to apply a growth mindset. Focus on what you will do differently next time, and help your team learn and improve.

If you set the right tone in your team, you might find that not only do they take ownership of their mistakes, but they’ll also be the ones who identify how they can improve things and even innovate better methods or processes to avoid similar mistakes in the future.

Set the tone by owning your mistakes. Tell your team what happened and how, and then what you could do better next time. Then, turn it into a discussion where everyone can share their ideas. If you can reframe your mistake into a learning opportunity, then there’s a good chance others will do the same.

Mistakes can feel a bit like failure. It depends on your mindset as to whether a failure is a negative or has potential to be positive.

You could have a regular slot in your team meetings where you encourage people to own their mistakes and brainstorm the potential learning from it. This can encourage people to try new things without fear of it not going well. This is a principle called fail-fast – removing the stigma of failure by appreciating the knowledge it brings. Failing fast tries to take the stigma out of the word “failure” by emphasising that the knowledge gained from a failed attempt actually increases the probability of an eventual success. It’s a great way to build confidence in your team. And if they try something new and it fails, bringing those test results out into the open stops you wasting time on something that doesn’t work.

Of course, the important point about mistakes is that we learn not to repeat them. There’s a point where the same failures happen again and again – at that point people are not learning and you need to have a different conversation.

The problem with politicians is that even when they do apologise, it doesn’t feel genuine. They are not taking the opportunity to learn from it. They are just mouthing words, with so many caveats that it’s more about covering their backs and denying responsibility than leading the way forward.

If you’re leading, say sorry with meaning. People can smell a fake apology a mile away, and that’s worse. We know when we feel manipulated, and that’s not a component of strong leadership.

I’ve never met a leader who…

From Manager to Leader: The Transition You’ll Need to Make